Lifestyle locations in our cities and regional areas will see strong buyer demand in 2021, as Australians continue to revaluate their lifestyles after a tumultuous year.
Outer suburbs and regional centres offering a better lifestyle at a more affordable price were front and centre in buyers’ minds this year, as the rise of remote working made the dream of moving further afield a reality.

“We have seen the acceleration of the dream,” said buyers’ agent Rich Harvey, chief executive of Propertybuyer. “[This year] has created the ideal opportunity for people to buy in the city fringe and more heavily populated regional lifestyle areas.”

Cities and regional centres within an hour or two of the capitals will continue to see strong growth, Mr Harvey said.

“We’ve seen dramatic demand for places in the Central Coast and Newcastle from Sydney buyers,” he added.

Matt Lahood, chief executive of The Agency, said both regions, as well as Bowral and Wollongong, would continue to see strong demand in 2021.

“In Newcastle, our team is doing record numbers and they just can’t get enough stock to sell … 70 per cent plus of that interest is from Sydney.

Of the four regions it’s the Central Coast seeing the strongest demand, he said, due to its wide array of price points. He added the new Northconnex tunnel, which shaves about 15 minutes off the trip to the Sydney CBD, would likely increase the area’s appeal.

To the north of the state, areas like Lennox Head and Ballina could see strong interest as people priced out of popular Byron Bay look elsewhere, Mr Harvey said

“They’ll get the ripple effects of the growth,” he said.

“Affordability and remote working accelerated that trend, particularly for residents in Sydney and Melbourne, but Brisbane is the city that defies that,” she said, noting net internal migration showed it had gained more people from the rest of the state throughout the pandemic.

While the Gold Coast saw a strong rebound, he noted agents also expected Logan City — situated between Brisbane and the Gold Coast — to do well, with property prices up about 8 per cent over the year to September. Ipswich, to Brisbane’s south-west, was also poised for growth.

Dr Powell said areas that offered a good lifestyle and affordability would do well, given the strong rise in first-home buyers. Developing areas would also benefit, given the recent spike in loan commitments for the construction of new dwellings.

She added strong regional price growth would likely be limited to areas with good connectivity to the major cities, infrastructure and employment opportunities.

Further north, Airlie Beach and Cannonvale, in the Whitsunday region, could see interest pick up, Mr Harvey said, as they were attractive lifestyle areas for those who could work remotely.

In Western Australia, he expected Geraldton, about 420 kilometres north of Perth, and Busselton, about 200 kilometres to the south, to see decent growth, noting both had airports. His pick in Perth was the coastal suburb of Scarborough.

In Victoria, buyers would continue to flock to the Mornington Peninsula, Mr Lahood said, with the coastal communities of Lorne and Anglesea also seeing growing interest.

“They have great infrastructure and they’re 90 minutes from the CBD, allowing people to commute should they need to get back,” he said.

In Melbourne he expected St Kilda and Elwood to do well, noting people had fallen back in love with the classic beachside suburbs, with agents also reporting strong demand in the affluent bayside suburb of Beaumaris.

Experts also expect areas such as Geelong, Bendigo and Ballarat to continue to draw buyers from Melbourne.

“Large parts of regional Australia will be outright star performers in 2021,” said Simon Pressley, head of research at Propertyology.

Unlike most capital cities, bar Canberra, many regions had stronger economies today than pre-COVID, he said.

Mr Pressley expected Bendigo and Warrnambool in Victoria, Orange, Dubbo, Ballina and Kingscliff in NSW, Burnie in Tasmania, Noosa and Yeppoon in Queensland, and Busselton in Western Australia to be among many strong performers.

Across the capital cities, he expected detached houses in Canberra, Hobart and Perth to do best.

Dr Powell said the top-performing capitals would be Perth, Adelaide and Canberra, the latter two of which were slow and steady performers when it came to price growth. Meanwhile, Perth was poised for a rebound after several years of underperforming.

Mr Havey added 2021 could see buyers start to gravitate back towards apartment markets in both the inner city and fringe locations to take advantage of softer prices. He also expected to see investors come out of the woodwork, once rents started to rise again. 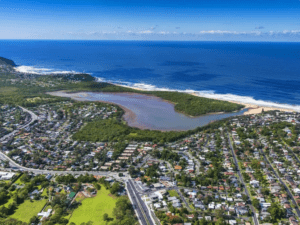 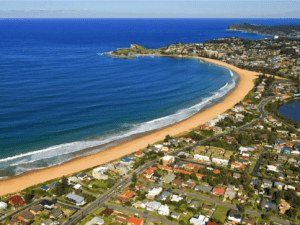 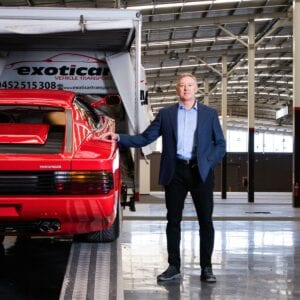 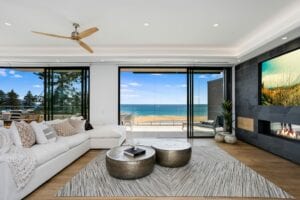